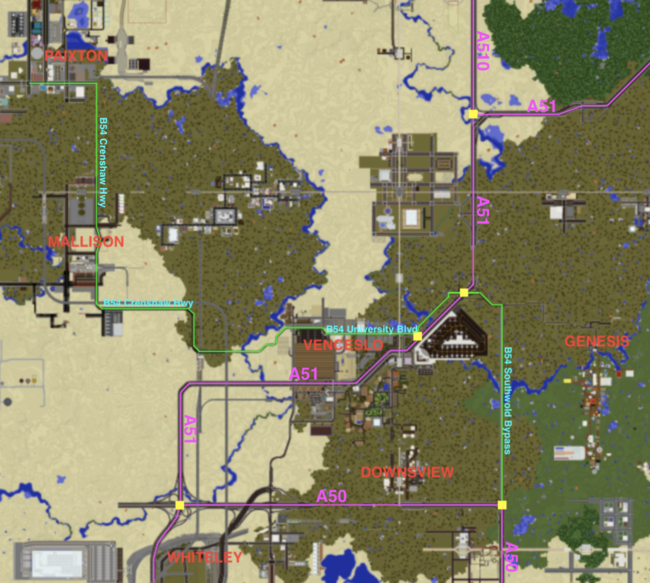 is a B-class highway that connects many cities and towns in the Fifth Ward region. It was originally planned to connect the

to Mallison, whenever the A5's expansion was completed; however, after a long time of no progress on the A5, the B54's plan was revised to connect Mallsion with Venceslo. This was completed in late March 2018.

The plan was later extended: The west end was given permission to turn northward and connect to Paixton, while the east end was planned to connect Venceslo to the town of Genesis, the town of Bardot Springs, and a full interchange of the

. The eastern portion was completed on April 21, 2018. The road will, at this point, turn southward to intersect and terminate at the

, serving as faster connection between the A51 and A50 (bypassing the cities of Venceslo, Whiteley, and Downsview).

The road is usually known as Crenshaw Highway outside of towns. However, when inside Mallison, it is known as East Street, while in Venceslo, it is known as University Boulevard. It is also known as Southwold Bypass while east of the

, signifying its purpose of bypassing the Southwold Region and allowing a faster connection from