This article is about the A-class highway. For the city located at the MRT station, see Cornus.

A5' is an A-class highway on the New World that connects the Southwold Region (Whiteley, Venceslo, Schillerton) to Central City via Segville.

In early 2018, a realignment plan of the

, penned by autobus22 and time2makemymove was submitted and confirmed to extend the road to Whiteley and Venceslo. As such, the previous alignment that curved toward Utopia was renumbered as the

from Shady Grove to Utopia, to account for the

In May of 2019, another realignment plan was proposed to reroute the A5's northern terminus from the existing at-grade intersection with Morningside Avenue to an existing unused interchange at Eisitasi Avenue built by suppoe, passing by Bluegrass (ZS3) in the process.

Almost a year and a half after the first plan was originally discussed, both realignment projects were finally completed in July 2019, by autobus22, Narnia17, and time2makemymove. Signage on the new extension was done by time2makemymove. 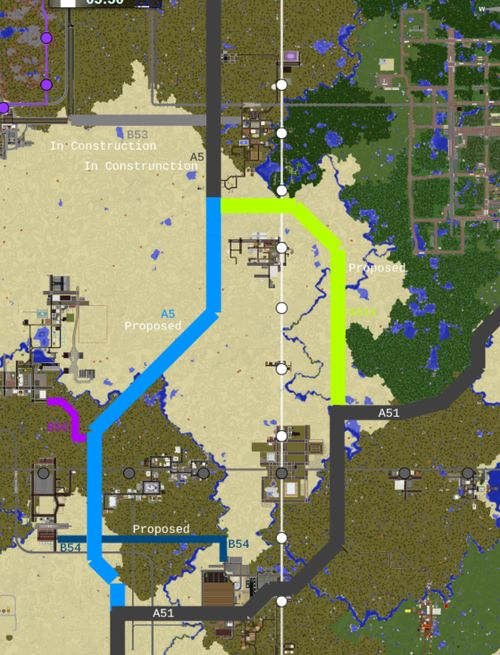 The Approved Plan for the A5/A511 extension project. This was completed in July 2019.