Big Brother 5 is the fifth and final season of the game show series Big Brother. The season premiered on June 1, 2020 and ended with a season finale on June 29, 2020. This season featured 16 houseguests, with MinecraftYoshi26 as the host. On Day 29, KyleFrb won the game in a 9-0 vote against mine_man_. The series lasted for 29 days. megmurph29 won MRT's Favorite Houseguest and Cookie46910 won Host's Favorite Houseguest. They each won $300 respectively.

This season's main theme centered on travelling around the world.

EmmzX entered the house appearing as a normal houseguest; however, daltdisneyland was actually behind the account. Once he was figured out on Day 1, he was revealed and immune for the first week.

The last of the six packages was bought on Day 8. An additional package, "The Power Trip", was revealed to be given to the houseguest with the most vouchers by the end of the Week 4.

Following every eviction beginning in Week 6 to the final immunity given at the beginning of Week 9, the nominee that survived the eviction was immune for the next episode. 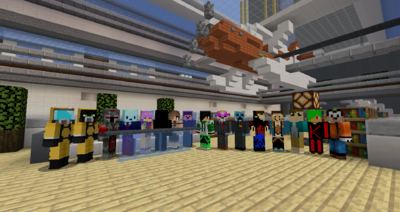