Hathnes is a town located at  C39  Foobar.

Back in 2015, VernCow was actually accepted membership back then. However, instead of starting his town back then, he went inactive and became a tryhard on Mineplex and changed his name to "ReportIfIHax" as a message to all the people who hackusate him." In February 2016, he was motivated to start his own town after seeing AP Red's town, Whiteley. After being assisted by AP Red and Yellowitcher for picking a town location, VernCow finally settled at  C39  to began his town, Hathnes.

After being banned for a week for griefing another player's town in retaliation, VernCow continued on his town, and several good builds like the Merlion and the Golden Gate Bridge appeared. VernCow began construction on a local highway.

VernCow took a break on Hathnes to construct the MRT State Library.

Beverly Residential District is under construction. B road as local highway proposed and awaits approval.

VernCow was actively promoting peace negotiations instead of military conflict, but was rejected. VernCow responded by asking Ben6331 about the incident, whom agreed to rethink about it.

Ben6331 has proposed that the selection of Benion's deputy mayor, would be through a pvp battle at spawn. VernCow won 2 rounds out of 3 despite EliteNeon using a enchanted diamond sword while VernCow used a regular diamond sword. VernCow was declared the official deputy mayor of Benion. EliteNeon responded by quitting, and gave Shadowpoint to Ben6331, and Rhinestone to MegaMC. This resulted in the collapse of the City State of Shadowpoint, or the CSOS.

EliteNeon announced that he will return to the MRT, and claimed back mayorship of both Shadowpoint and Rhinestone. The Treaty of Shadowpoint was also signed between the 2 mayors. It includes:

The war has finally ended.

Overall, no citizens were killed.

The name of Hathnes comes from the greek word Διεθνές, or Diethnes, which means the English word " International", thus, Hathnes is home of many of the world's greatest landmarks.

The official language for Hathnes is Singlish as VernCow comes from Singapore. If you would like to learn how to speak Singlish, there will be a page about it in the near future.

This district is named after MC_Dunc, who got banned after the incident between VernCow and himself. After the argument, the 2 made up and since have been on really good conditions and thus, named the most important district in the city in honour of him.

More info to come on the official Hathnes Government page.

The district is home to a few official buildings, like these below:

The Town Hall, Legislative Council Building and the Supreme Law Court together are called "The Big 3". They are not the only goverment buildings in Hathnes.

This district is currently going through renovation. It is mostly made out of Embassies, Hotels and headquarters of franchises.

This district is planned. It will be one of the few franchise districts in the town of Hathnes. It will have a lot of standalones.

This is a residental district for residents to live in Government owned buildings. Tall buildings are common in this district.

This is a residential district for upper-class residents of Hathnes. Private houses are common in this district.

Gloucester Island is a man-made island that is home to The Symphony of Lights. It is also home to the Hathnes LGBT Equality Rights Pride Wall.

Embassies are a sign of virtual agreement and cooporation. Hathnes has 3 embassies.

Once a person enters Hathnes territory, it is required that he follows Hathnes' laws.

Hathnes is connected to the rest of the MRT gamma world by the Circle Line. The Hathnes Central Terminal is located in Hathnes, and will be open to public soon. It plans to have more than 5 connections to other cities, and is the main transportation hub of the Hathnes Metro Please visit the Hathnes Transit Authority page for more detailed information. We are currently working in the B515 and its exits. 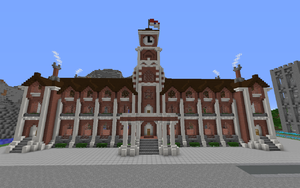 Hathnes Town hall, which is where the mayor and deputy mayor's offices are. 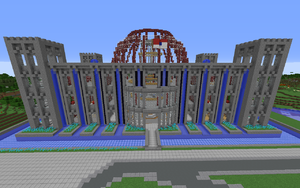 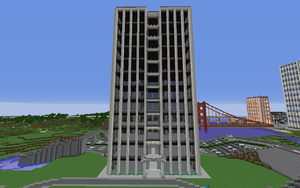 Councillor Building, where all of Hathnes' councillors' offices are. 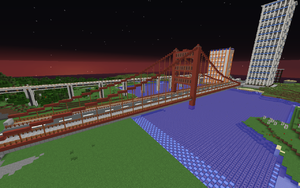 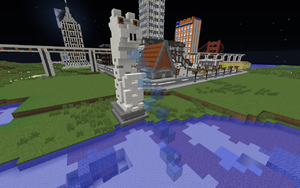 The Merlion of Singapore, which according to MegaMC, looks much rather like a chimpmunk, which I have to admit is true...