Kenthurst is a Premier city that was established on 1 January 2015 by Aliksong, at  XW10  Kenthurst. The city is built in the woodland biome, which is filled with oak trees, numerous picturesque mini lakes and rolling hills. It lies on the South-Eastern shores of the Lake Capricorn, which is surrounded by other cities including Whitechapel, Vermilion, Ilirea and Xandar-Vekta. The city has a theme of black coal, white quartz and a hint of yellow, and many of the buildings are canvassed in this theme.

Kenthurst aims to be an advanced eco-friendly city which represents the pinnacle of aesthetical conformity to the natural landscape. All roads are 5 blocks wide, with 2-3 block wide footpaths on either side of the Inner Ring Road. This road encircles the city and generally divides the heavily built up areas with the more suburban areas. The outer ring road is a 2 lane B-class road [B79] completed on August 15 2015, with 5 block wide roads on each side of an illuminated divider, and one block wide footpaths flanking the road. It is elevated for most of the way, and encircles the Greater Kenthurst area. It is a great road. We encourage you to run, walk or fly in our city, but if that is not possible please drive carefully around the city.

The city is member of the Northwestern Association of Governments (NWAG), the League of Cities (LoC), the Mid Western Exposition SMP, and is militarily allied with Formosa. A large naval base and dock for the Formosa Armed Forces Navy is being built north of Kenthurst Fort. The world-famous AlikLolly is Headquartered and produced in Kenthurst. Tour the Global Headquarters, Display Centre and Production Facility!

Kenthurst is always looking for residents, franchises and all assistance is appreciated! There are free blocks of land and apartment space :) Leave a message on Aliksong's user talk page, mail Aliksong, or ask Alik in game.

Thank you all for your support!!! 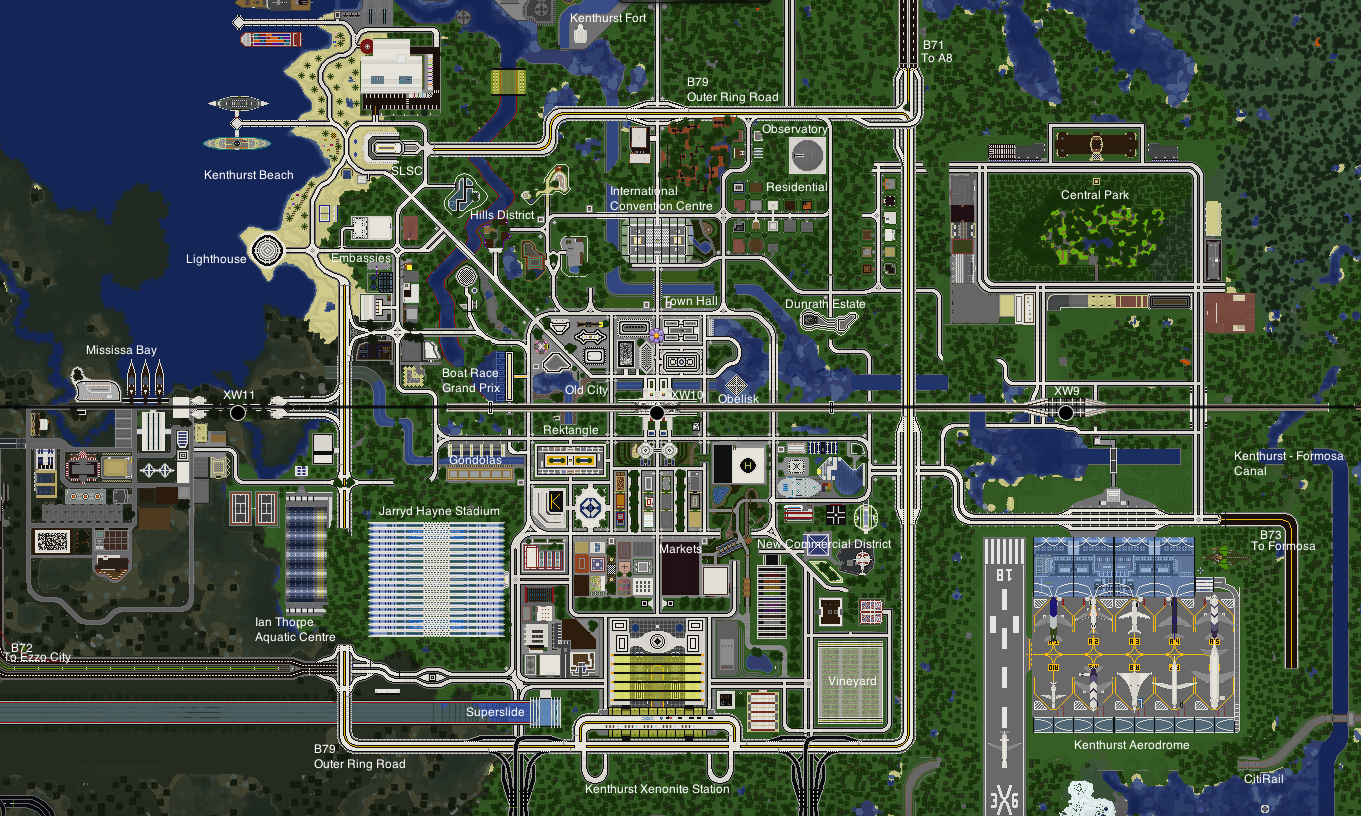 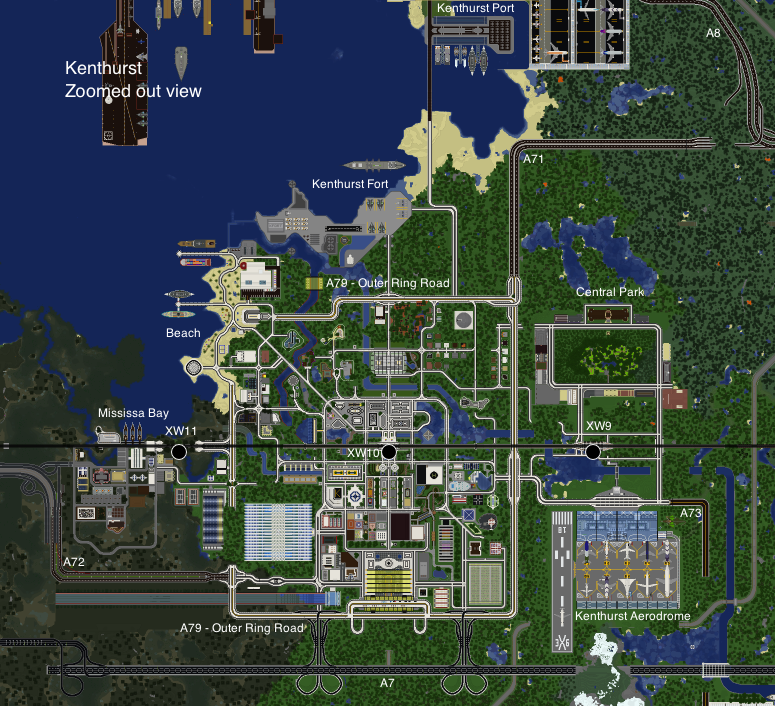 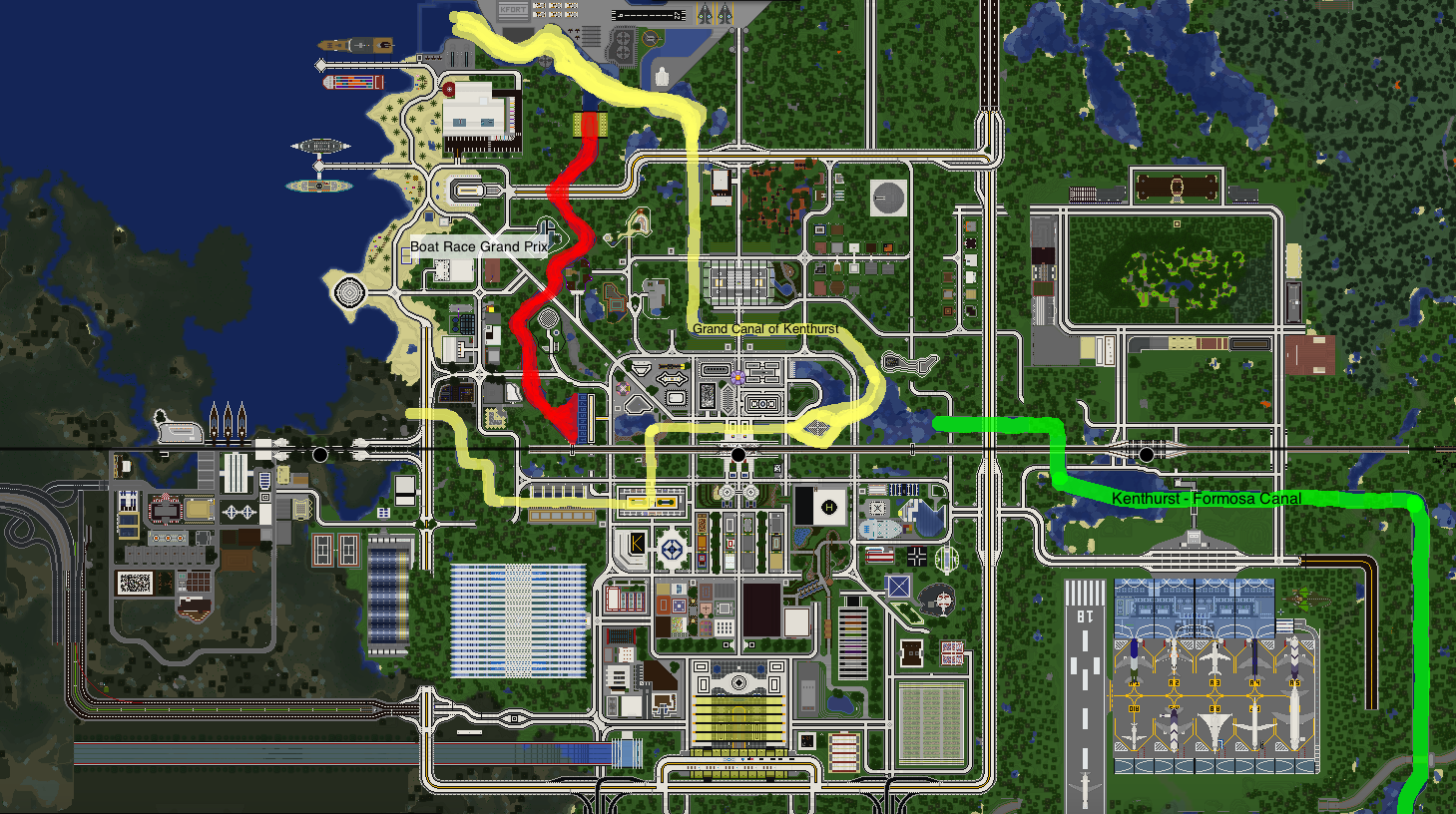 Outside Outer Ring Road B79

The start of Kenthurst Boat Race Grand Prix, with Angel Bridge in view

The Kenthurst Metrolink is a reliable metro which services a number of key destinations.The Circle Line follows the route of the Inner Ring Road and has been upgraded to Mycelium Technology by AP_Red. The North-South Line goes from Kenthurst Xenonite Station in the south, to Kenthurst Fort in the north. This line has also been upgraded to Mycelium Technology by AP_Red. The Kenthurst-Ezzo City Intercity Express serves as a connector line between Kenthurst and Ezzo City, which form the Mid Western Exposition SMP. The Mississa Bay Line serves as an east-west connection that allows for key sporting destinations to be reached easily. The map outlines the route of the 6 metro lines, including 2 high speed metro lines built by ChimeRail. 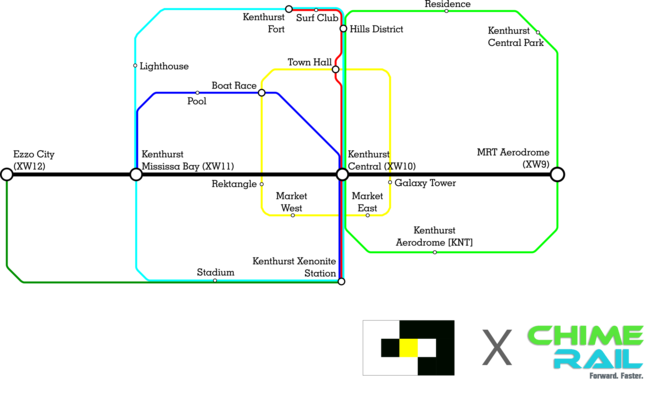 In conjunction with the Kenthurst Metrolink, ChimeRail is also constructing 2 High Speed Metro lines which utilise the Ucar glitch. Speeds of more than 3 times the usual minecart speed can be achieved via this glitch. Hence, Kenthurst will operate on a dual metro system, just like Paris does.

In addition to MetroLink and the MRT, alternative transport options connect Kenthurst to the rest of the world.

As Kenthurst expanded in size, Alik saw a need to expand the existing transit hub. Therefore, the Kenthurst South Railway Station was demolished and replaced with the new Kenthurst Xenonite Station. It is located just north of the south segment of the Kenthurst Outer Ring Road B79. Construction was completed in December 2015 by Frozen.

The station is a large intermediate stop on the CitiRail Liverpool Line, which runs from Whitechapel to Daneburg via  M10  City of Evella. Additionally, the Kenthurst Metrolink North-South Line merges into the Liverpool Line when travelling southbound. Northbound passengers can easily transfer to the Kenthurst Metrolink by making their way down the stairs, if they wish to travel into the central Kenthurst districts.

Kenthurst Xenonite Station is also planned to be the only intermediary stop in the League Express, which is operated by RegionalConnect. This line will provide a high speed connection between Formosa and Vermilion, which contain hubs of the League of Cities.

An elevated bus terminal is located on the southern wing of the station, and allows for a convenient transfer into intercity buses via the Kenthurst Outer Ring Road.

Kenthurst's military is based at Kenthurst Fort, on the northern coastline of the Kenthurst peninsula. It is a large military complex which contains a barracks, saferooms, bunkers, guard towers with rail guns, a private runway, several fighter jets, heavy tanks, mech suits, armed sentry bots, and two commando regiments. It is arguably the most fortified military complex in the New World. It is commanded by Marshall Aliksong, who is supported by Captain KittyCat11231 and Lieutenant Camelfantasy.

The REKTangle contains the Judges' Offices. With the High Court of Kenthurst prominently placed in the central business district there is always a need for judges to be close in proximity, ready to adjudicate matters! The judges occupy the 2nd floor of the building, with the 1st floor being a lobby for casual and informal meetings.

The judges consist of: 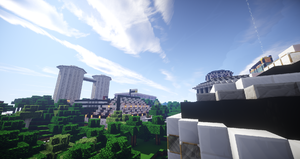 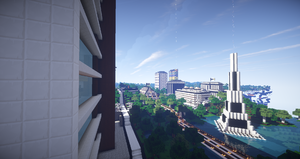 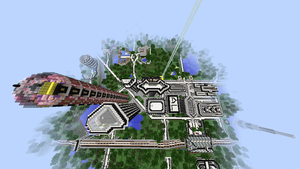 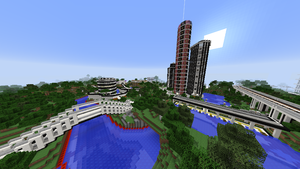 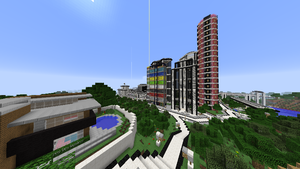 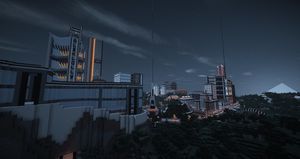 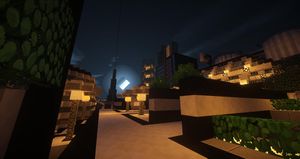 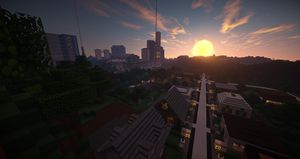