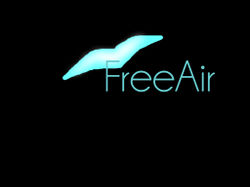 FreeAir was later transferred to Camelfantasy and operates as a subsidiary of SkyTrans.

We have in flight magazines which has a new version coming out every 3 months. We also have an entertainment system sponsored by Nyantronics. 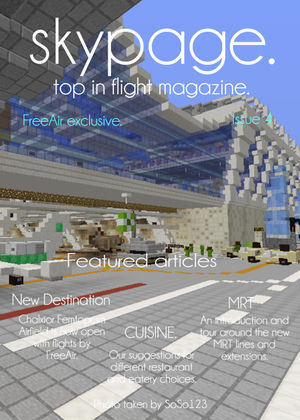 Issue 4 of our in flight magazine series, Skypage.

Economy Class has a NyanPad avaliable for use. We have a clear window as well. We also provide a good selection of global dishes, as well as good service provided by us.

Business class has a NyanPad avaliable for use, but not as the same as economy. If you bought a ticket for Business Class you will have more selections of games, music, animations and movies. The Business Class' dining is the same as Economy Class.

First class has rooms for every two persons. You can use your NyanPad to call the air attendants to come and give service to you. You can also order via your NyanPad. There are also beds in your room, some little windows, and accessories.

This is Spring Valley Regional Airfield, with the first FreeAir flight. It has 5 small plane gates and 2 helipads.

This is Freedon Quartzwood Regional Airfield, with two FreeAir flights. It has 7 small plane gates and 2 helipads. It's also the main hub of FreeAir.