Venceslo-Fifth Ward International Airport, also known as Venceslo Airport or popularly known as VFW, is a medium-size airport that services the City of Venceslo, as well as the majority of the Southwest/Fifth Ward area of the server, hence its name. It was built predominantly by time2makemymove, and is run by the Venceslo District Association of Governments (VenDAG). It was built to function as Venceslo's primary airport, and to further this notion, UAV, the city’s Senator airfield, was demolished.

There are four concourses: Concourse A, B, C, and D. There are 51 total aircraft gates and a number of dining options at the airport.

It is one of FliHigh Airlines' two main hubs on the New World, the other being Southwold International Airport. It is also a focus city for BluAir, CentralJet, and Infamous Airlines.

VFW was the first brand-new Governor airport on the server since FYI, and is the closest Governor Airport to cities and towns such as Whiteley, Urbisan, Downsview, Genesis, Bardot Springs, and even Schillerton and Mallison — hence the airport’s slogan, “The Gateway to the Southwest.” It also once held the title of the only commercial-use diagonal runway on the New World, until said runway was removed and replaced with a traditionally shaped runway to make room for Concourse D.

The airport is served by the VMet, and the STC <K> line. It is walking distance to the MRT as well, all allowing for near-seamless connections to nearby cities and towns.

The airport has zero helipads. There used to be three occupied ones, but they were demolished in lieu for a future expansion of VFW's central terminal. 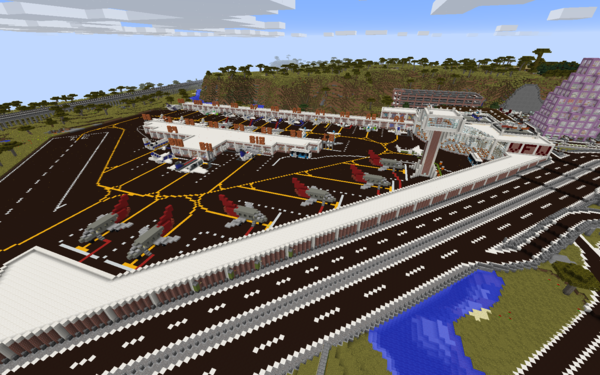 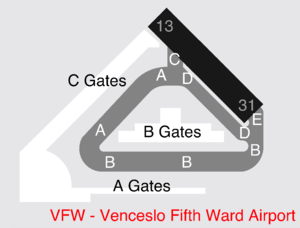 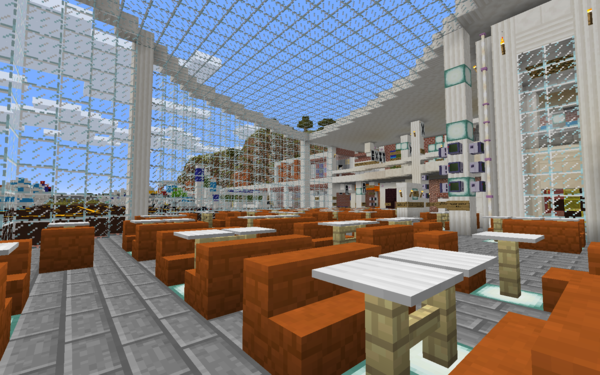 VFW has an ample assortment of Dining and Airline Lounges.