Greater Accerton is an state that lies on the shores of the Eastern Ocean, specifically the North Accerton Sea. Traditionally it is known as 深海岸 (Shen Hai'an - English transliteration: Deep Coast), before a new political party of monkeys influenced parliament in the 19th century, before taking power in January 2015. Greater Accerton also owns a town north-west of Ravenna in the Central North East region.

Having acquired the smaller suburban settlement of Castlecombe from a nearby landowner, _Bants_, Greater Accerton has now grown to house over 4 stations within its vicinity, both within the buildings and the 300 block no build zone. It is now spread between the stations of:  C27 - ES7  Accerton Exchange,  ES8  Castlecombe Central,  ES9  Castlecombe Evergreen, and  C28  Accerton Cargo Hub, on the MRT Circle Line and the MRT Eastern Line.

Founded by CaptainChimpy on 18 January 2015, this growing town is becoming a hive for rich, luxury homes, as well as the diversity in stores and in buildings. Accerton is a benefactor of Epsilon International Airport just 2 MRT stops away as well as a 7-platform CitiRail hub. Greater Accerton is now a voting member of the Eastern Association of Serendipity Towns, the League of Cities, and the shared municipality of Epsilon.

Greater Accerton is actually a bigger region made up of two regions: Accerton Metropolitan Area and Castlecombe. Within these two, there are smaller sub-zones which form the basis of local government.

In order to identify which district you are in, all buildings are colour-coded with a mark next to their entrance or where necessary.

The zones are listed below: 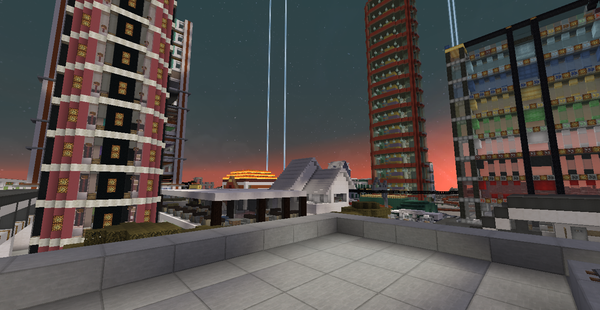 Metro Area before the May demolition

Accerton Metro Area has a long and thrilling history. It was the site of the Battle of the Chimps, which was a new political party that rose to power in the 19th century in defiance to monkey-abusing photographers on the area's beaches.

It was the site of the new settlement. Before the merge to form Greater Accerton, most of the city's activity resided here, in contrast to the sleepy town of Castlecombe

Rowsend is the original heart of the city. This area is mostly messy and ugly. This area will be rebuilt and regenerated after the completion of the road system that has expanded from Castlecombe into Accerton. This area's colour code is green.

This is the main transport hub for Greater Accerton. However there is a small row of shops along Moore Street.

Stanley is the main coastal residential area that is north of the B305. The area was built in the 20th century and is relatively modern, in stark contrast to Old Stanley on the hill above. 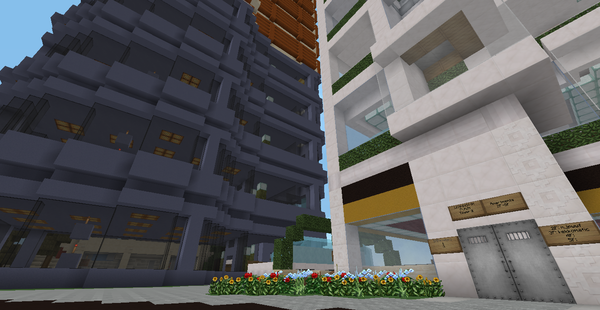 However, in Lexington Plaza Tower 1, lies a whole new concept of building not seen in Accerton before. The mixed use building.

Old Stanley is an old, touristic fishing village that is situated in the north west of the Metro Area, directly south of neighbouring Airchester.