Segville is a town on the New World spanning from  ZS6  to  ZS8 . It was founded by godzilltrain on 4th October 2014, the same day that the New World was opened to the general public. The town was started immediately west of  ZS7  station, where the first building was a town hall, now repurposed as a town library. Segville is located in a plains biome approximately 2,000 blocks due south of Central City. Notable towns in the vicinity include Utopia and Matheson.

The town was founded on 4th October 2014 at  ZS7  station with a basic road system and a town hall (now one of the town's libraries)built within the first few hours, however progress since then slowed with the town taking 25 days to reach the rank of [Councillor].

After developing around  ZS7 , the town was gradually expanded north, earning the rank of [Mayor] after a further 110 days, eventually reaching  ZS6  after a successful GSM inactive town request in April 2015. Around ZS6 after filling in a small lake, a mall, theatre and bus station were built; all of which still exist in Segville.

From April 2015, Segville's expansion shot southwards, reaching  ZS8  by July 2015; however this claim was seen as controversial at the time with the gap between the two stations being barely filled. This prominent gap prominently featured in promotion reviews, with the town being denied for promotion to [Senator] 5 times between April 2015 and February 2016. godzilltrain finally attained the rank of [Senator] in April 2016, following the start of the development of the Segville Suburbs.

April 2016 through to December 2016 saw both the introduction of the town's heliport, and the large expansion of Segville Suburbs (reaching the current total of 68 suburban houses). These two large projects earned the town the rank of [Governor] on its first application in December 2016. A Segville Theme Park, intending to replicate Alton Towers, also underwent development during this time, however was ultimately abandoned and destroyed.

Shortly after attaining the rank of [Governor], the town's main airport and warp rail hub, Segville International, was constructed by Kastle in the large unused space to the west of the MRT line. Throughout the rest of 2017, the only development was minor tweaks, such as revamping parks and adding more transit connections. This ultimately led to Segville receiving the rank of  [Premier]  in October 2017.

Since attaining the rank of  [Premier] , Segville International underwent two phases of expansion, and an IKEA was constructed in the south of the town. As well as this, more transit was introduced with the addition of a new bus terminal.

Omega Theatre, designed and made by Cortesi, has a build style similar to that of Segville Mall. The theatre is located between the Bus Depot and one of the town's main car parks, and is closest to  ZS6  Station. This theatre has had hosted one event in the past, that being one of the Enslavement Party's Primary Debates. Two MRT-view billboards are located on the back wall of the Theatre. 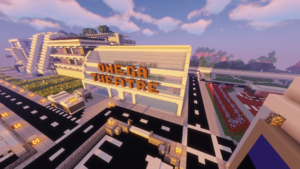 The Prancing Horses Monument, located over the MRT tracks slightly south of  ZS7  station, was originally built to be the town's official monument when the town was going for its [Mayor] promotion. This monument has in the past served as a Pit Stop for the fourth season of the Amazing Race. The design for the horses was taken from a Planet Minecraft Post. 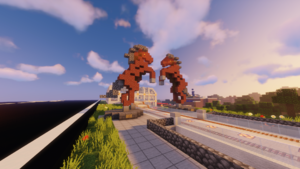 Segville Cathedral, designed and made by Lalaboy, is a large cathedral located immediately south of Segville Lake Park. Primarily made of Sandstone and Quartz, it features a large bell tower, a Confessional and an outside bandstand with an ongoing wedding scene. 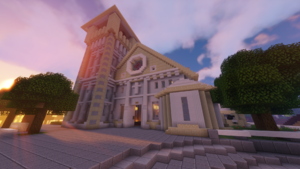 Segville Convention Centre, designed and made by Lalaboy, is a large centre with two large halls. The centre has a large car park below the structure, and also features several Fizzy Frumple Fruit Soda vending machines from Game X: The Portals of Hell during its "The Apprentice" episode. 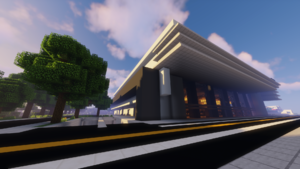 Segville's mall is adjacent to both the Bus Depot and one of the town's main car parks, and is a large structure close to  ZS6  station. It has 20 spaces for shops, all of which are filled. The Mall features several billboards around the outside of it. 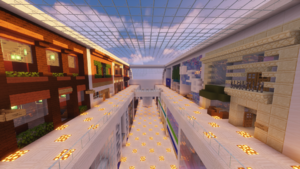 Segville Museum was constructed ahead of the town applying for  [Premier]  on the former site of a church, and was built to replace the town's former monument, the Prancing Horses monument. The museum has two main areas, the history of Segville, and the history of Pig Racing. The centre of the museum features an art piece by Lalaboy entitled Old World Lines, and the museum also has a cafe and a gift shop. 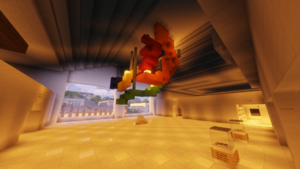 Premier Plaza was, ironically, built when Segville was a [Senator] city, and was built on a former site of several franchises. The plaza is located nearby  ZS7  station, directly south of Segville's information centre. 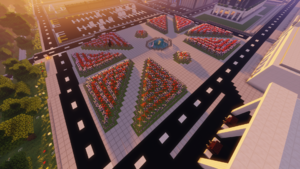 Segville Lake Park is the largest park within Segville, and spans the gap between the town hall, and the Segville South district around  ZS8  station. The park is named after the four lakes present within the park, which has a boat and a diver within. The park also has multiple pieces of play equipment and benches. 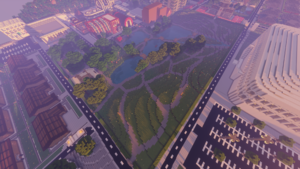 Segville Town Park was the first park constructed within Segville, and was named because of the town hall it is north of. Notable features of the park are small lakes, play equipment, a fountain and a war memorial. A small car park is also present on the grounds of the park. 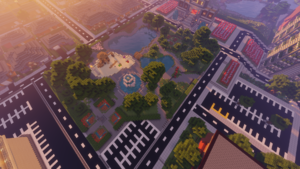 Chad Stadium was the first sport venue constructed in Segville, built by Valkorion314 when the town was only [Mayor]. Chad Stadium features a sumotori platform, and is part of the MRT Sumotori Association. The stadium has capacity for 470 spectators, and was used during XIII TacoBurritoAThon in October 2018. 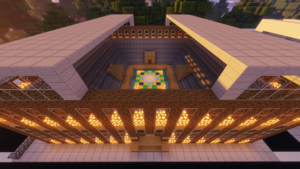 Churchill Field is the largest sports venu in Segville, and was built by Valkorion314. The stadium is primarily an American Football venue, however alternate pitches are available, including for Spartanball. The stadium has capacity for 5935 spectators, and was used during XIII TacoBurritoAThon in October 2018 for American Football, the Marathon finishline and the opening & closing ceremonies. 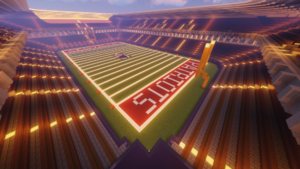 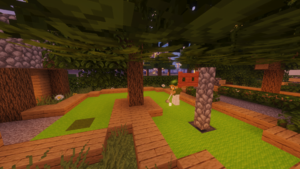 Forsythe Park is a spleef stadium in Segville built by Valkorion314, home of the Segville Lions. The stadium has capacity for 3442 spectators, and was used during the XIII TacoBurritoAThon in October 2018, as well as the first season of Major League Spleef. 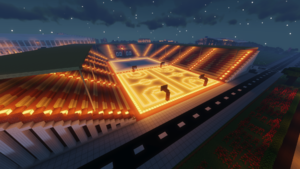 Segville Recreation Centre is primarily a swimming pool built by United Cities Public Works Committee. The pool features 6 swimming lanes for competitive racing, and was used during the XIII TacoBurritoAThon in October 2018. 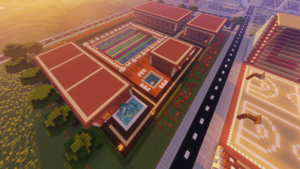 Trenchard Stadium is a baseball stadium in Segville built by Narnia17. The stadium has capacity for 2409 spectators, and has not been used for any events. 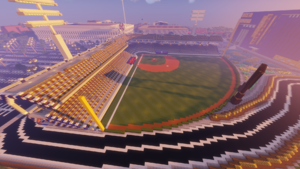 Segville Information Centre is a building located next to  ZS7  station. Though it is largely decorative rather than functioning as an information point for Segville, it gives visitors a link for this wiki page to find out more about Segville. 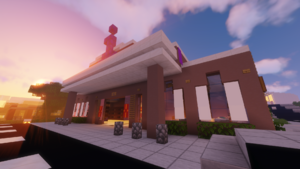 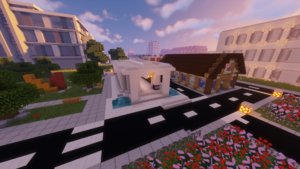 The Town Hall also houses a credits wall to players other than godzilltrain who have contributed significantly to the town hall, as well as a 'Copied Builds' wall which credits exterior sources that have been drawn for inspiration in building the town. 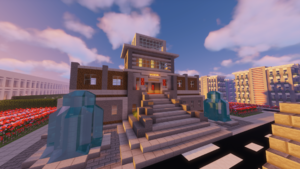 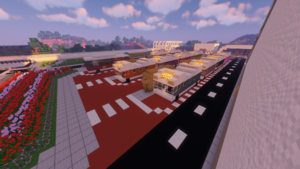 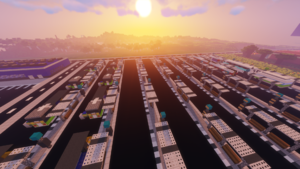 Segville Grand Central is located near  ZS7  station, and was the first rail station constructed in Segville. It was built by RLCrafters to serve RegionalConnect, but also has platforms for Segville Metro and IntraRail. For information about services out of Segville Grand Central, see Rail Connections. 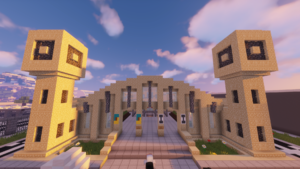 Segville Heliport is located in the north-east of the town, and serves as its 7500 block Senator air facility. The heliport primarily serves Segville Air, a subsidiary of IntraAir, however it also has a South Weast Airlines flight. For information about services out of Segville Heliport, see Air Connections. 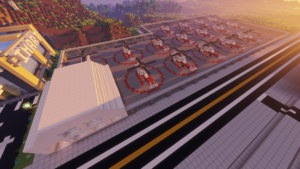 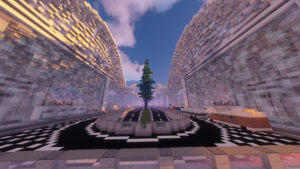 Built primarily as a way for unused areas to feel more urbanised, several car parks exist across Segville, with the main one of this being immediately south of Segville Mall between  ZS6  and  ZS7  station. These car parks feel a cartoonish car design known as Godz Mobiles. 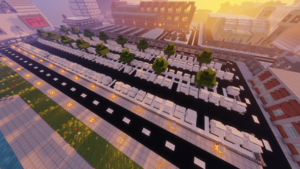 Segville suburbs is a large housing development in the east of Segville, featuring 79 suburban style houses. The suburbs span over half the length of the town, from the heliport and convention centre in the north to the stadium district in the south. The suburbs were built by godzilltrain using inspiration from the Glenview district of the Greenfield minecraft server. 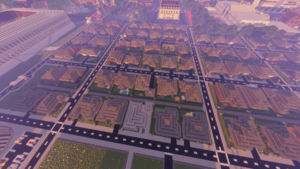 Segville is connected to the New World Highway System via the A5, an A-Class highway connecting from Central City to the A51. This allows for Segville's two bus depots; Segville Bus Depot, a small Segville Buses hub in the north of the town; and Segville Bus Terminal, a large multi-company depot in the south of the town. In addition to these, additional buses serve Segville International and Segville Grand Central directly; and a local bus service serves the city.