Segville International (IATA/ICAO: SEG) is an international airport in the southern central part of the new world. This airport primarily serves Segville.

When the new world first opened on 4th October 2014, Segville was begun on the eastern side of  ZS7  station by godzilltrain, with the intention for the western side of this line to be reserved for a future airport, which he believed would be constructed by the end of the following year. After large setbacks in the promotion of the town through the ranks, construction of the airport was finally began on 5th January 2017, after it's proposal was approved by Frumple. As the upgrade to Epsilon had only happened a week prior, which introduced among many other things the longer chat message limit, Kastle, the airport's constructor, was experimenting with the new possibilities of the generate command from the WorldEdit plugin, which was used to create the iconic roof that can be seen today. 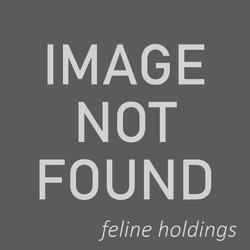 Some unknown picture of the airport

Shortly after construction of Segville International had begun, KittyCat11231 had said that he wished for more IntraRail lines to pass through this. In order to accomodate for this, it was proposed to Kastle that a transit hub should be built to accomodate this request, and in order to cater for this as well as other rail operators that would want connecting services, a 20 track transit hub was built below the airport. Current rail services can be found in the table below. (But not yet, I haven't actually made the table)

Some unknown picture of the airport

<Paragragh about the airport opening and maybe gate allocation>

Getting to the Airport

Segville International can be reached by a number of different transit methods. These include a connecting rail service to the attached transit hub, a Segville Buses connection from Segville's Bus Depot and road connection via