City and Federal Territory of Seolho

Seolho (officially called the City and Federal Territory of Seolho) (Korean: 설호 연방직할시, Japanese: ) is a city located in the Southern Snowfield of the new MRT World. It was founded and currently owned by LithiumMirnuriX. it is also the replacement of Janghwa City due Lack of City Planning and Distorted Town Layout. also known to the only territory in the MRT to recognize use with Ainu Language (however, Ainu language is not the primary language. Ainu Language is used for native peoples.).

After Joining Commonwealth of Epsilon (official name is Republic of Epsilon)

(this section is still under construction.)

(Ainu Name is under planning) 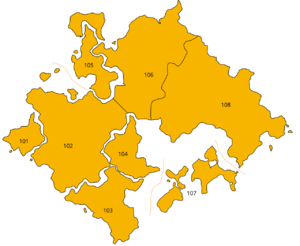 This Prefecture is focused as Commercial, Resident.

The name "Seolho" or "Songmyo" is a literal Korean derivation word that means "Snow Fox" or "Pine Lynx". This word was created by using the traditional system of combining two different Hanja letters for naming a city, and hence, Seolho or Songmyo is not an actual word in the Korean language itself. (WIP)

If wish build, send in-game mail, Discord or write our form. But, remember. Did relocate without Announcement due to city redevelopment act. (If active user, also notify relocation Announcement)

B5700 Series is also planned for Regional road network in This city. and also assigned as territorial Road numbering too.

A 51 / A 59 (W) is also planned for Main Highway towards Whiteley. (But, Road number is Provisional.)

if interesting Pier in this seaport, fill a this application.

Caution: Pier is still under renovating. sorry for the inconvenience (Exempt Pier 3 and 4 is currently due to need to operate a ferry.)

Originally, this territory is planned with Ainu culture. Sadly, must generic town currently due land resource is limited. But, also planned Mass Renovation named Project Asir Porosir or Project Asir Poro-Nonno (not mean disputed territories in real life! But it is possible Ainu equivalent of Janghwa).

Currently, Seolho peninsula is only known use Ainu Language in MRT World. here is Seolho Ainu language. oddly, territory founder is not Ainu Native people (founder is Korean. not Ainu.). it means also have errors from real use. (but also trying Neologism. I wish traveling to Hokkaido…)