Peripotamia (pronounced: /pɛripoʊteɪmiə/) is a New World city located in the northeast quadrant of the world. It was founded after the Epsilon expansion on 3 January 2017. The town is currently the rank of Mayor and is owned by Cookie46910. The deputy mayor of the town is MinecraftYoshi26, who was appointed to the position on 4 January 2017. Peripotamia is derived from Greek for meaning "around river". Since getting Councillor as of 25 March 2018 Peripotamia has seen a major upgrade, Peripotamia has a housing district courtesy of Megascatterbomb and hvt2011 and upgraded roads. Since reaching the rank of Mayor on 2 October 2018, progress has slowed due to Cookie focusing on other towns. Due to Modgate Cookie has stopped working on Peripotamia.

1) The main island which is full of memes both dead and alive.

2) The middle rim which is a blend of memes and decent builds.

3) The outside which will not ONLY consist of good builds. 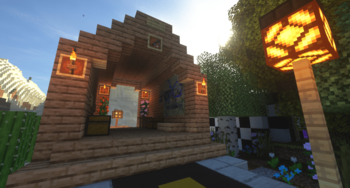 The Fishing Hut was the first building ever built in Peripotamia 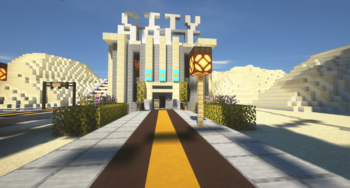 A photo of the City hall of Peripotamia 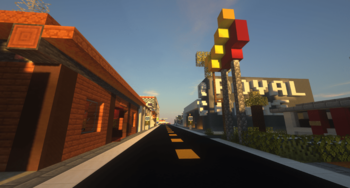 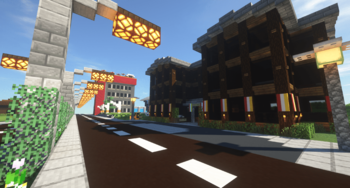