The first contest debuted on June 16, 2018, at the General Staff Meeting, replacing the MRT Screenshot Contest. The contest's slogan was "Celebrating Six Years". The winner was revealed during an informal ceremony on Mumble on July 8, 2018. The Central City Performance Center in Central City was named as the honorary venue on March 24, 2019.

The winner was Murrville with the screenshot "After The Party", taken by Cortesi.

The contest features members representing cities, each submitting a screenshot to be voted on by the participants and the willing public. Each city and willing non-participants award a set of 12, 10, 8–1 points to their 10 favorite screenshots, respectively. Each participant is required to vote. Failing to vote or voting strategically can result in the participant facing disqualification or a possible ban from participating in future contests.

There was no official theme selected, other than the slogan. The slogan was stated as the theme as it was broad enough to encompass a large range of photos.

The deadline to join was on June 23, 2018, at 11:59 p.m. UTC, but was extended until the last day to submit screenshot as well, June 30, 2018, by some demand. The deadline to submit a screenshot by sending it to MinecraftYoshi26 was June 30, 2018, at 11:59 p.m. UTC, but it was closed early by about an hour. The draw was selected and voting opened immediately after with voting open for a week. The winner was able to influence the slogan for the next contest, choose the next host city, and received $5,000. Second place received $3,000. Third place received $1,000. The top 12 were featured on the website. All competitors received a $20 participation stipend for voting. 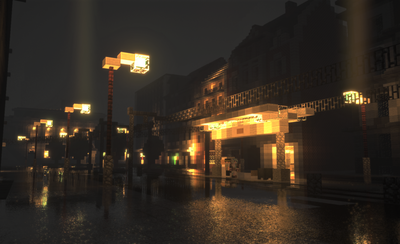 Cortesi, representing Murrville, won with the screenshot "After The Party".